Last night was very wet and windy here with gale force winds, heavy rain and flood warnings at Porlock Weir. Tucked up in the warm of Mariners Lodge, the panorama unfolded in the bay infront of us!

I arrived home as it was getting dark, to see this rainbow coming out of he top of one of our Echiums! By the time I’d got my camera ready, the cloud had all but covered the rainbow!

Love these colours, but the storm was well on its way towards us, soon obliterating the view!

This morning  was a different story. As the tide swept in across Porlock’s Salt Marsh, the channel was boiling.

I can’t remember ever seeing the sea coming on to the marsh already muddy –  It was being churned up in the bay before it entered!

Look how the red sand has coloured the water up to the pebble ridge to the left.

The light line further out was caused by a strong undercurrent from the main stream of the incoming tide. 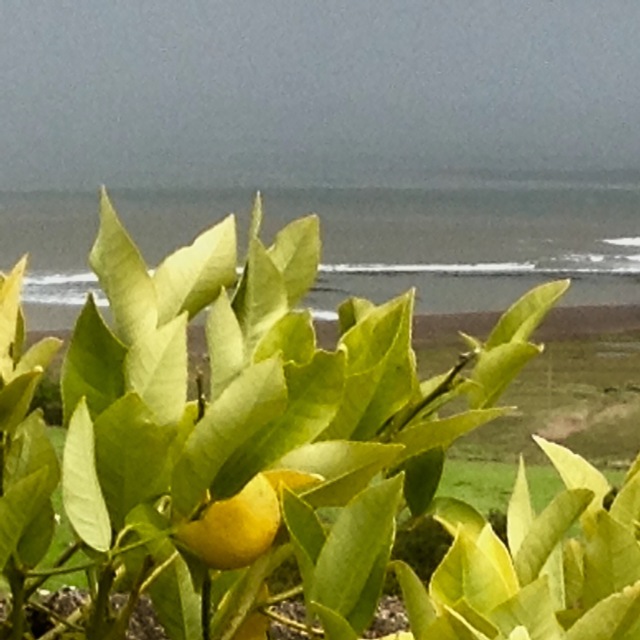 A few hours later, the tide was receding and the sun was making a watery appearance. But, look what’s on its way – another wall of water coming straight for use! 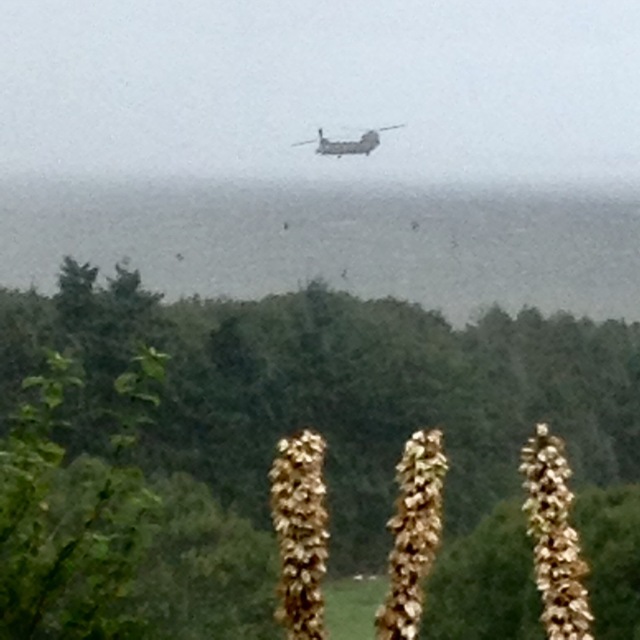 Phew, help’s on its way (to someone) with an old fashioned advanced guard of rooks to help. Who needs radar/GPS?!